I am writing this letter in the hope that sharing my story will make the breast reconstruction decision-making process easier for anyone facing it, in terms of both the procedure elected and the surgeon chosen.  A diagnosis of breast cancer is traumatic and life-changing, presenting many complex decisions, treatment paths, physical, and psychological hurdles.  The breast reconstruction decision-making process can be equally complex and intimidating.  The goal of reconstruction should be to provide the best result, minimize risk, and position a woman to move forward with her life as quickly as possible.

It is precisely because that is not my story that I came to be a patient of Dr. Zampell's, and if not for the gift of her surgical genius, it's scary to consider what might have been my reconstruction story ending.

I made it through a nine-month-long treatment plan with far fewer physical complications than some of the other women I met during treatment. As a result, I was well-positioned physically to begin reconstruction.  My plan for reconstruction began with a recommendation for a DIEP flap, made prior to a mastectomy performed in November 2015.  Yet, in 2017 when I was cleared to proceed with reconstruction, the same surgeon who had recommended a FLAP refused to proceed, telling me I needed to begin with implants.  I found another surgeon.

Although I asked the second surgeon for a DIEP flap, again I was told I needed to try implants first.  Other types of FLAPs were not presented for consideration. I would later learn that neither of the surgeons who advised me in 2017 had the necessary skills to perform other types of FLAPs, which is actually what I needed because I was not a candidate for DIEP.  Rather than direct me to a microsurgeon with expertise in a variety of FLAP procedures, I was sent down a path of recurrent implant failure which spanned 2.5 years, encompassed 9 surgeries performed by 3 different plastic surgeons, and ultimately rendered me ineligible for an implant, involved infectious tissue which had been undetected for two years, and elevated reconstruction complexity to the point of near impossibility. FLAP, if it could be done, was the only potential option.

This led me to consult with five different microsurgeons in Irvine, Los Angeles, San Francisco, and San Diego.  All acknowledged that it was a mess.  None were encouraging in terms of what they could do to fix it and even less so in terms of expected results. Through what I deem divine providence, the last surgeon I consulted recommended Dr. Zampell. Had I started with her in 2017, I could have spared myself three years of protracted surgeries, illness, and unnecessary anguish.

In Dr. Zampell you will find not only a superior microsurgeon who has performed more than 500 FLAP procedures of different types (she worked previously with the pioneer of the DIEP FLAP, Dr. Robert Allen), but also laser-focused attention to detail, calculated risk assessment, and strategized surgical plan that no reconstruction approach should lack. She consistently demonstrates that her first priority is the best interest of the patient and her recommendations are tailored to that commitment. Her integrity can be relied upon to facilitate your decision-making.   I also recommend starting reconstruction with a FLAP procedure, if you are a candidate.  Although it is a more invasive surgical approach, the result far exceeds anything that can be achieved with implants, in terms of both how it feels and how it looks.  It also eliminates the risk of implant capsule contracture (which necessitated six of my nine surgeries) and the inevitability of implant replacement.  The FLAP which Dr. Zampell performed on me was an entirely bearable, relatively pain-free recovery process, and unquestionably worth any discomfort.

I owe an inestimable debt of gratitude to Dr. Zampell. She left me feeling 'whole' again. She is an amazing doctor and surgeon, in every regard, and you can trust she will take excellent care of you as you go through the process of reconstruction. It's not just that I recommend Dr. Zampell.  It is that I would not recommend anyone but her.

Dr. Jamie Zampell is passionate about helping her patients as they navigate breast reconstruction and finds it so rewarding to hear patient stories such as these. Contact our office to Schedule Your Consultation with Dr. Zampell!
Back to Blog
Schedule a Consultation

Accessibility: If you are vision-impaired or have some other impairment covered by the Americans with Disabilities Act or a similar law, and you wish to discuss potential accommodations related to using this website, please contact our Accessibility Manager at . 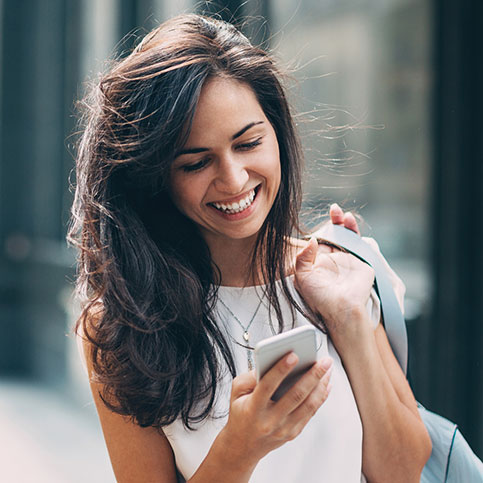 Join our Newsletter for Promotions & the Latest from Dr. Zampell