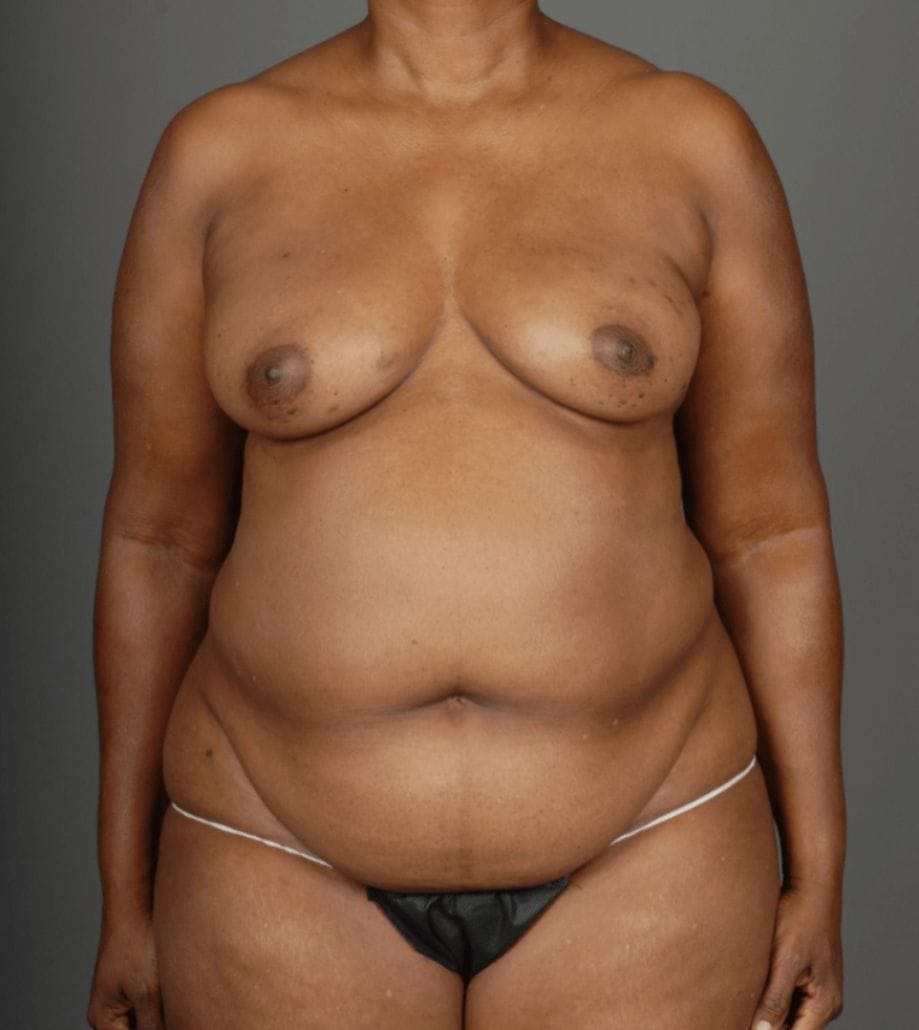 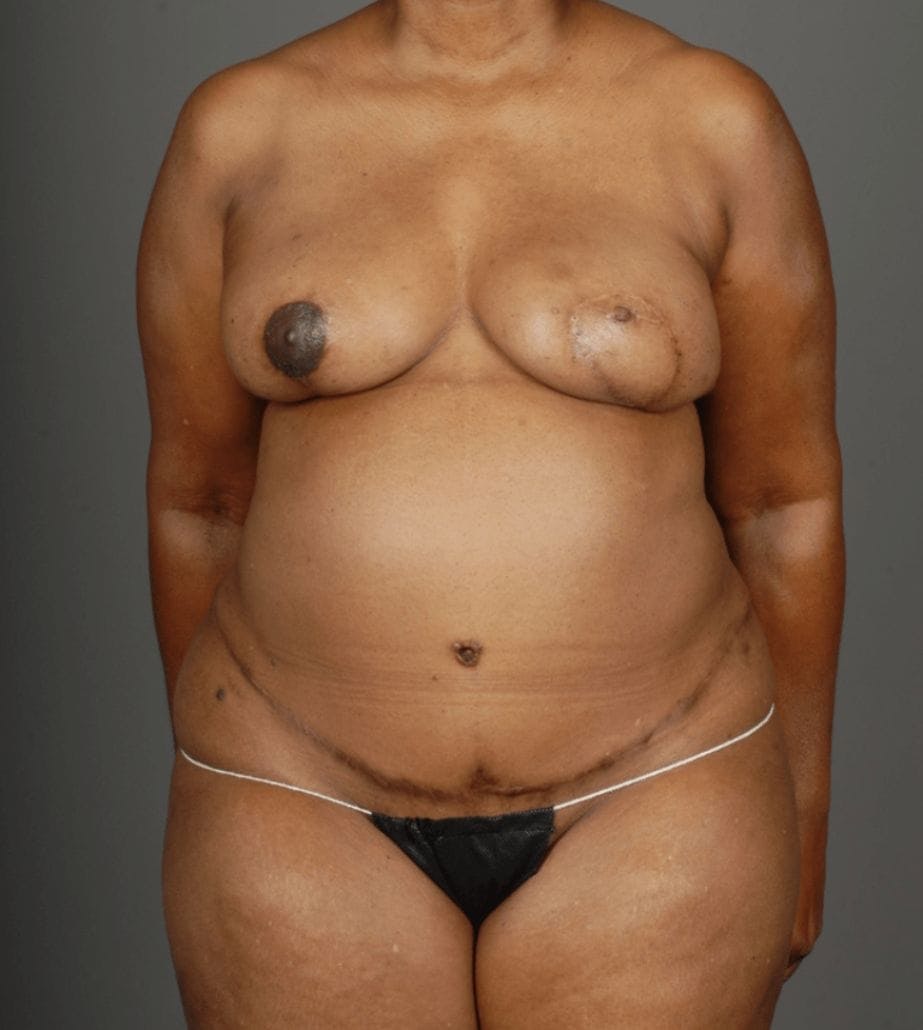 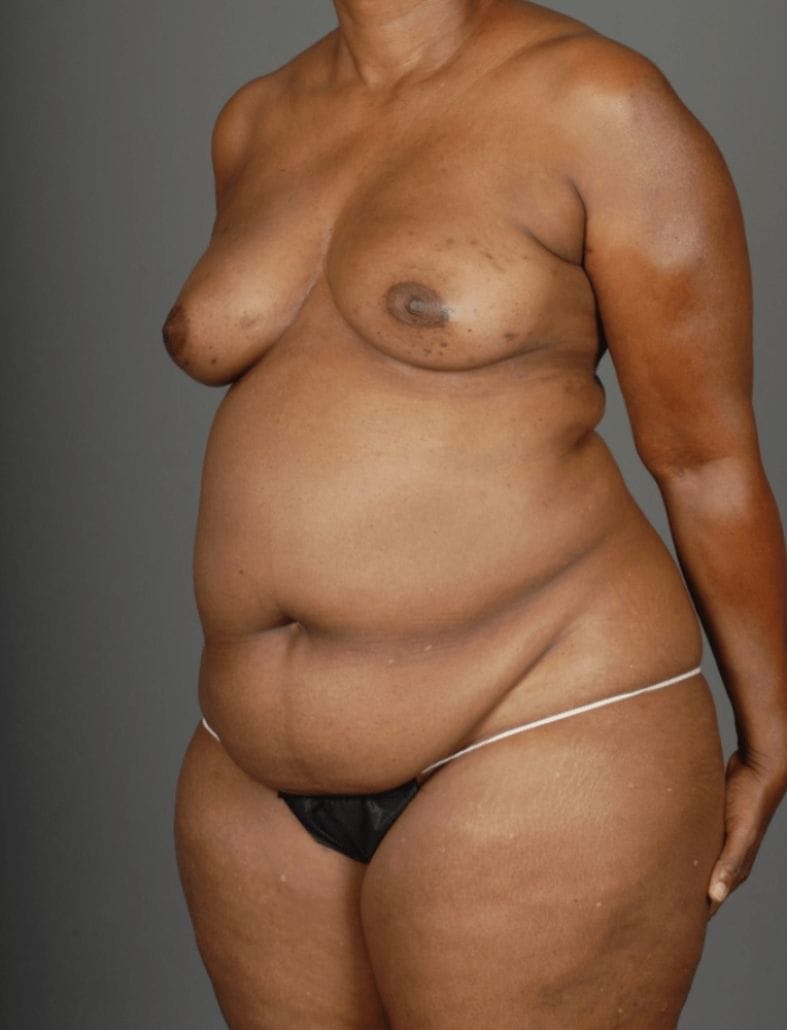 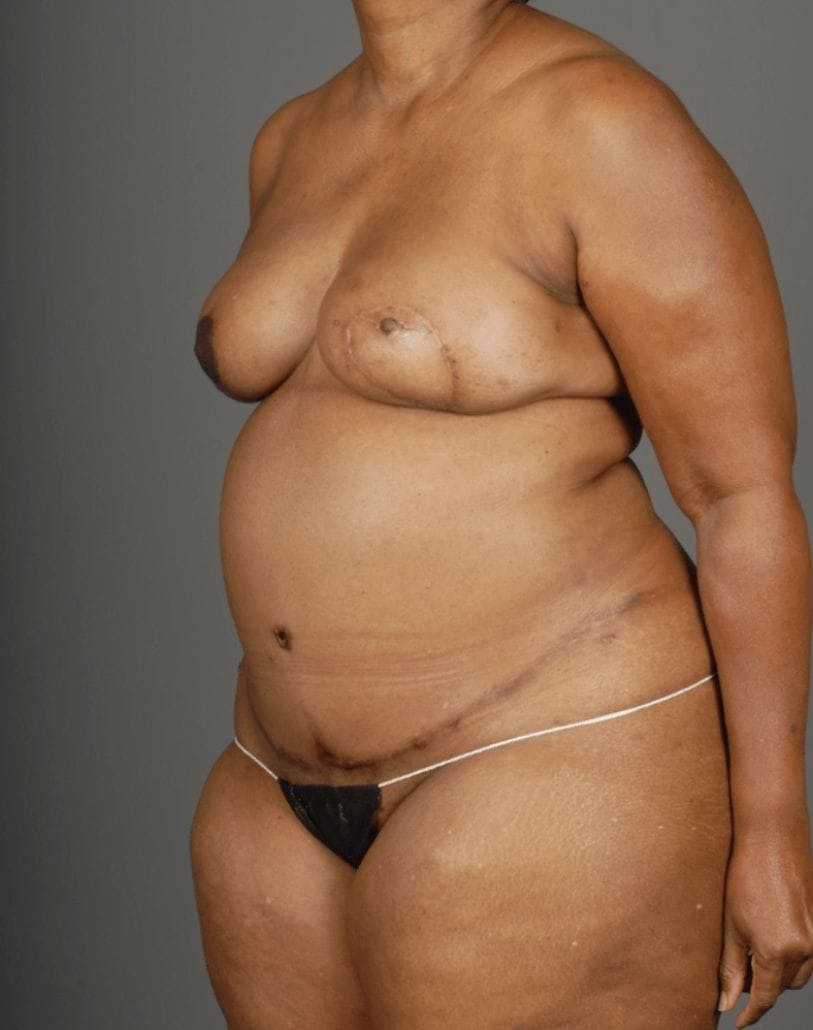 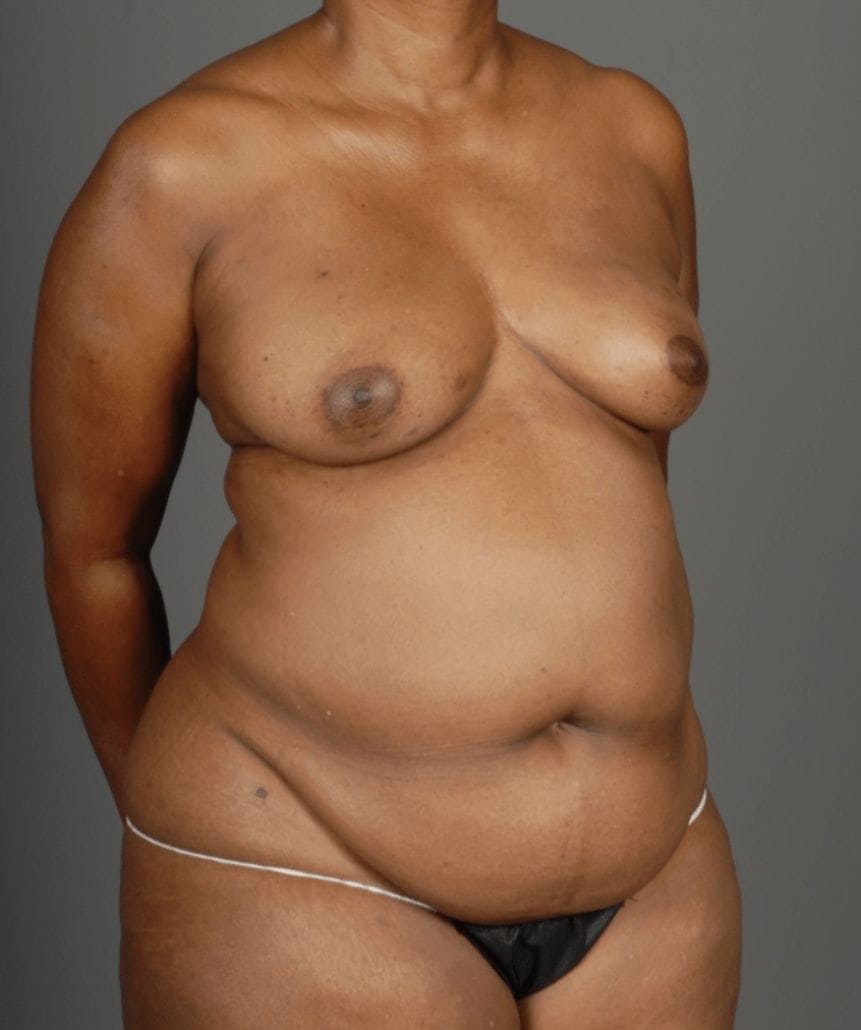 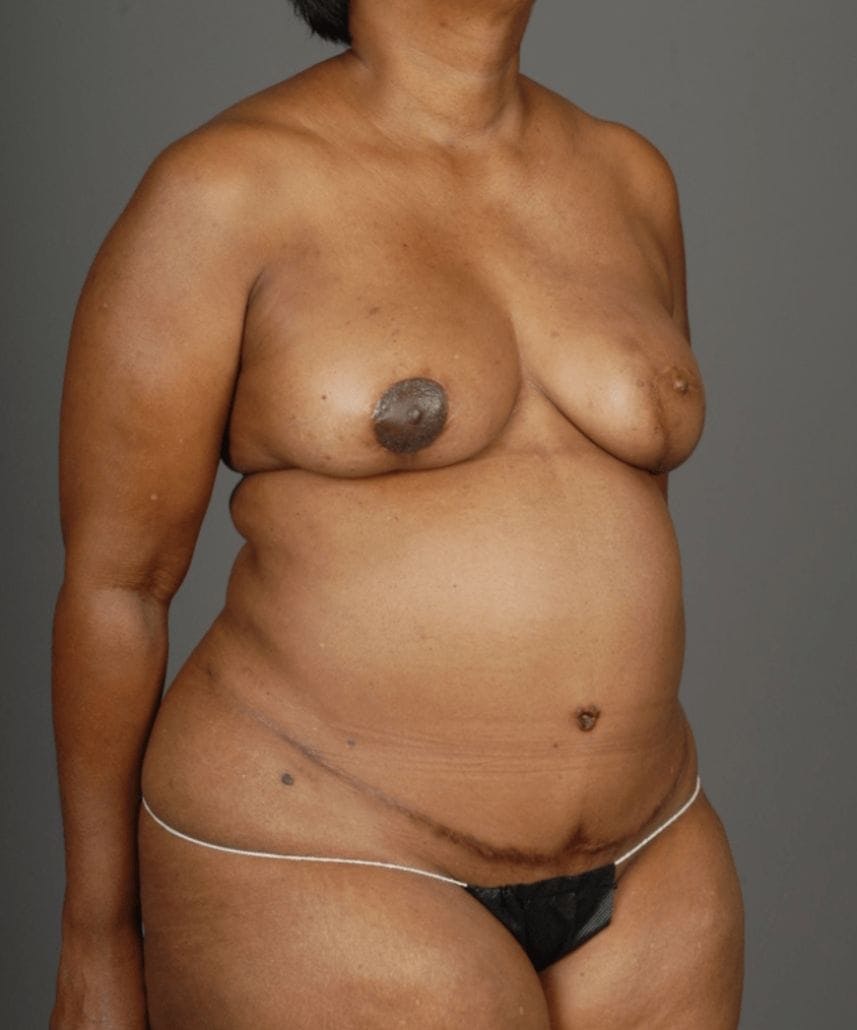 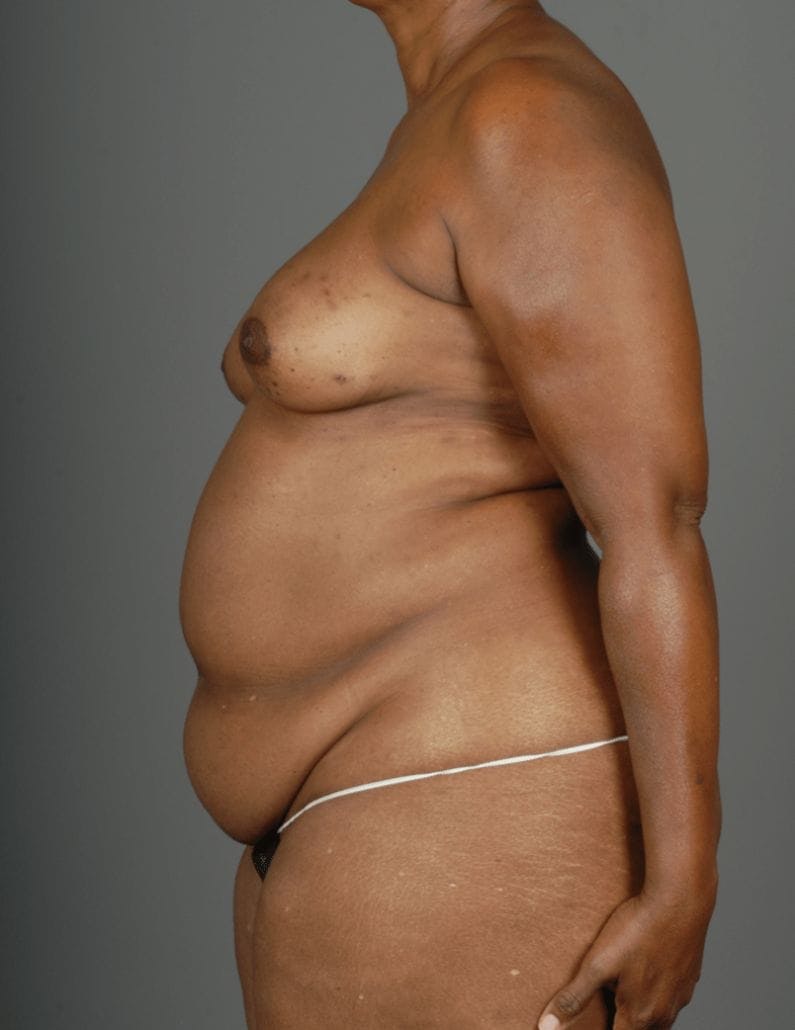 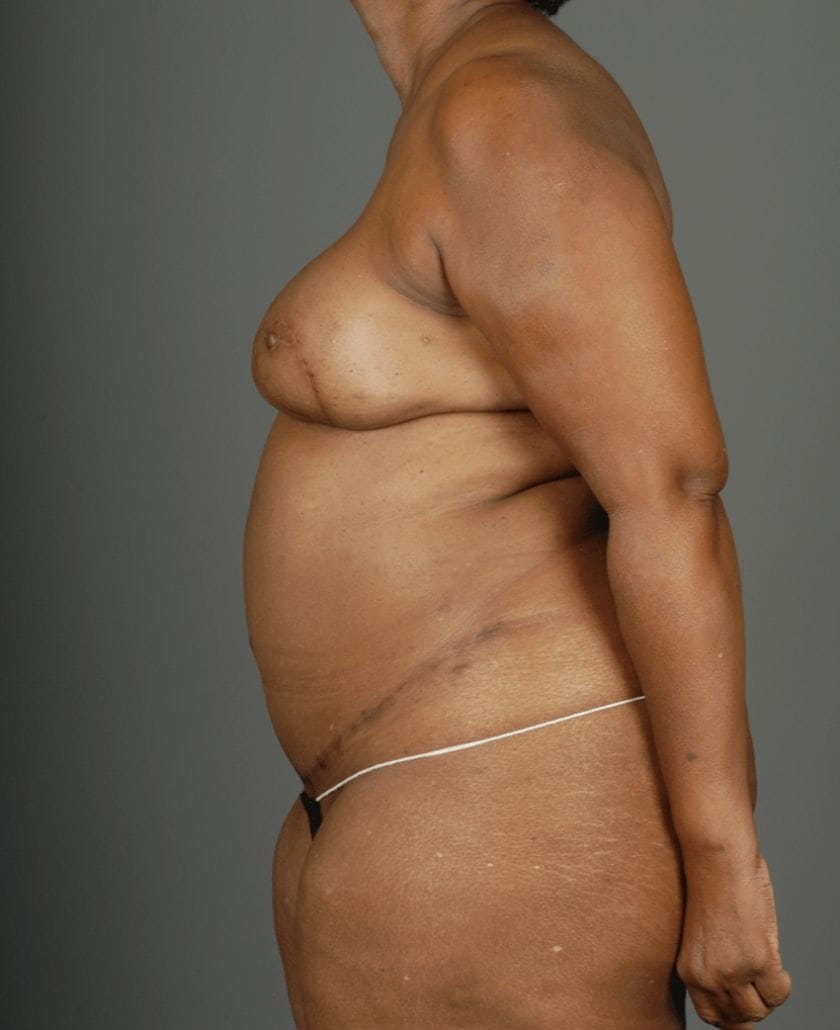 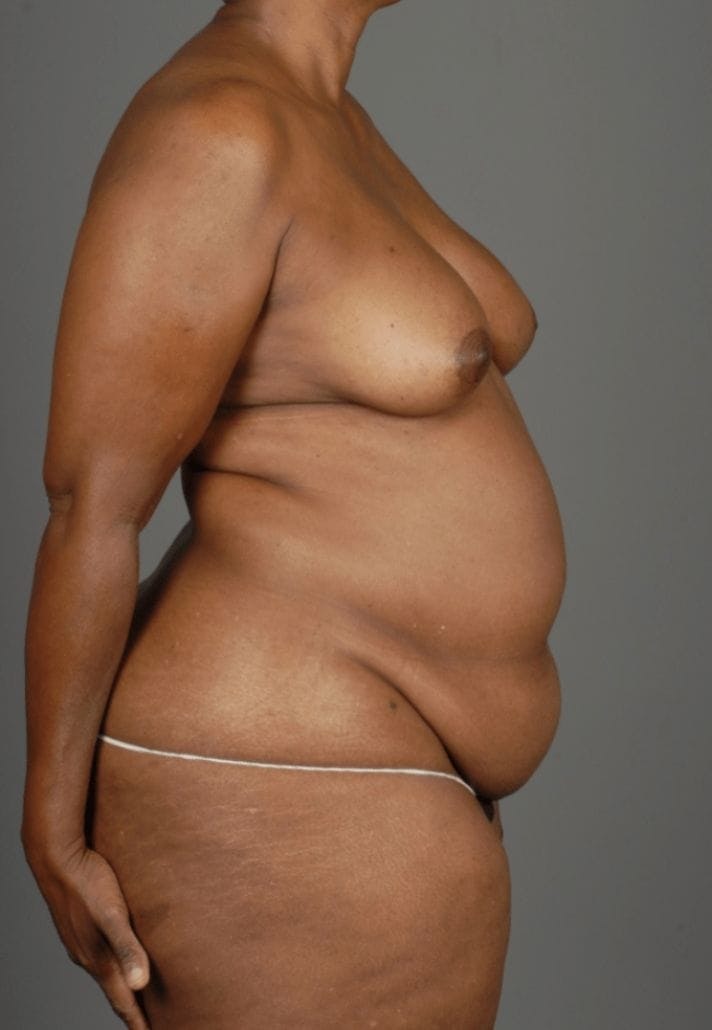 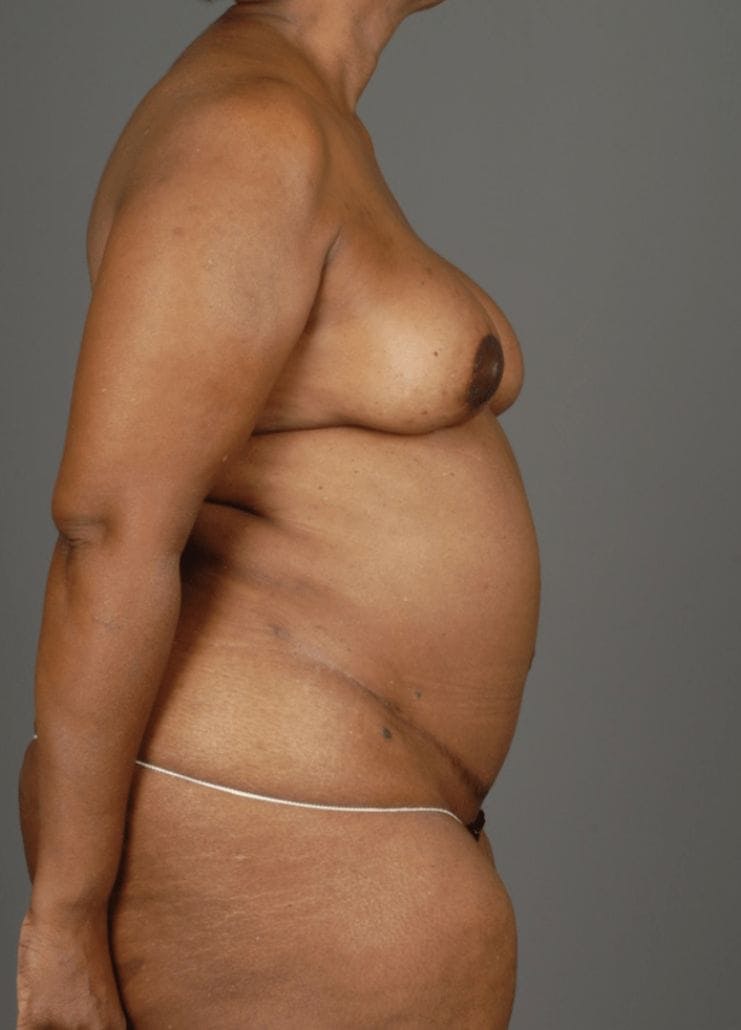 This patient was diagnosed with left breast cancer requiring unilateral mastectomy.  She underwent reconstruction with an immediate-delay technique, in which a temporary tissue expander was placed at the time of mastectomy.  Once her pathology determined that she would not require radiation to the left breast, the expander was removed and replaced with her own tissue using a DIEP flap from the abdomen.  This intermediate step was used because she had a more advanced tumor, potentially requiring additional treatment like radiation.  Radiation may cause injury to a DIEP flap, and therefore, the flap reconstruction was delayed until is was determined she would not require this additional treatment.  She will go on to have a tattoo of the reconstructed left nipple. 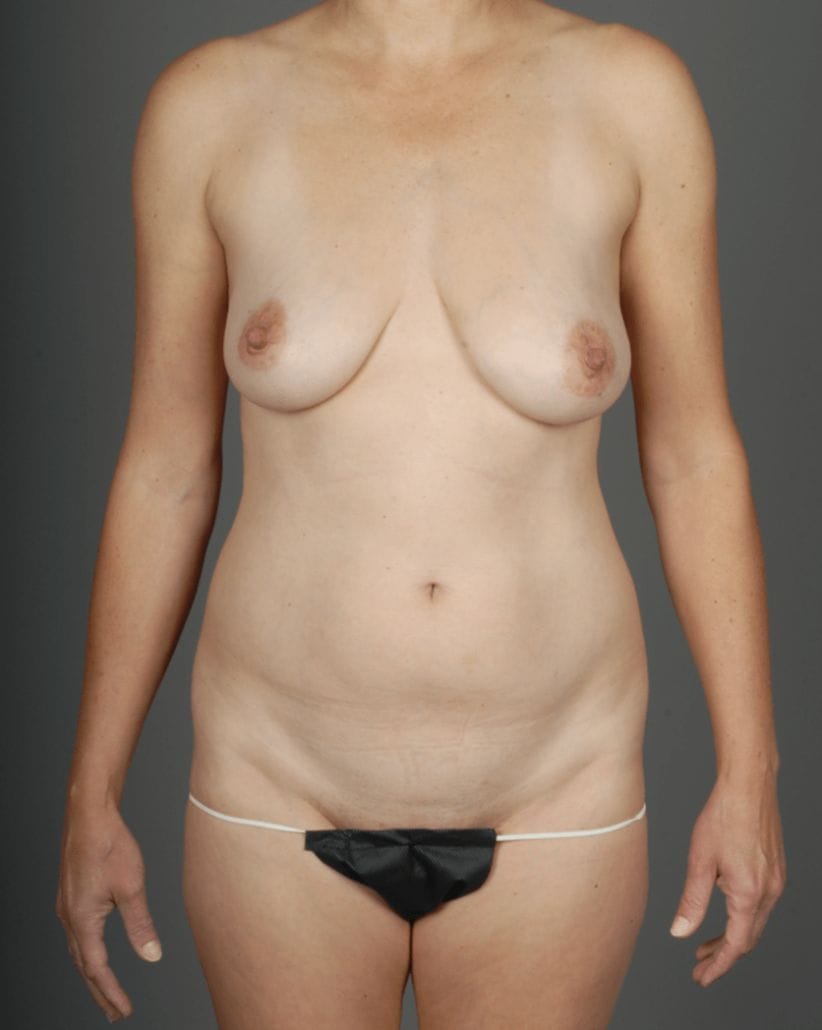 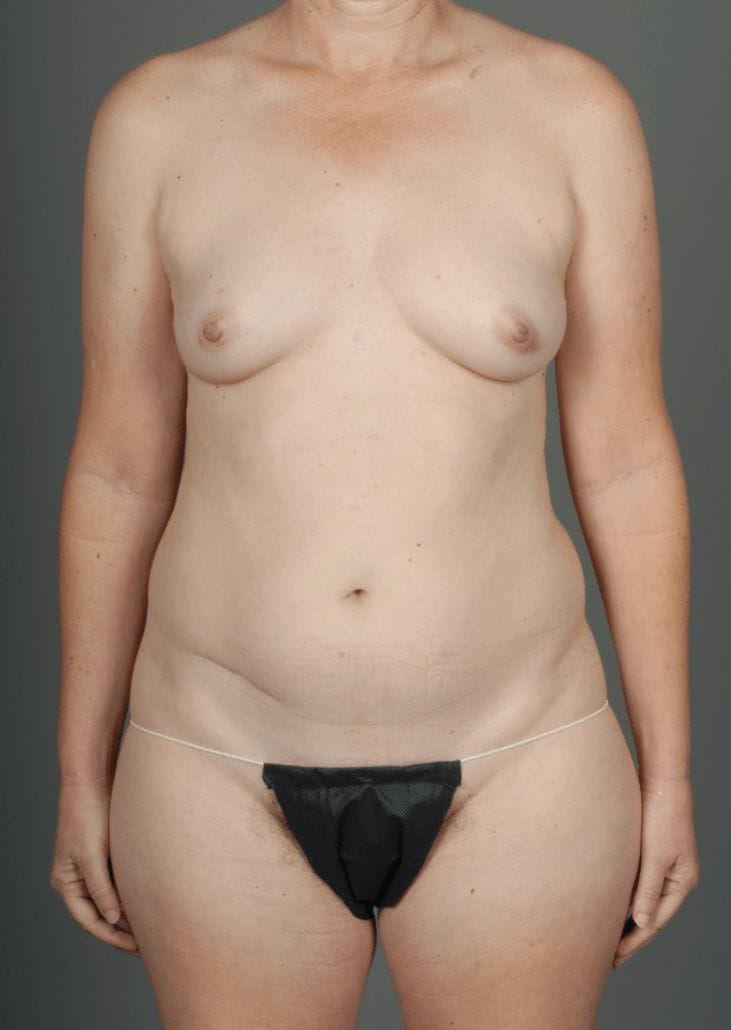 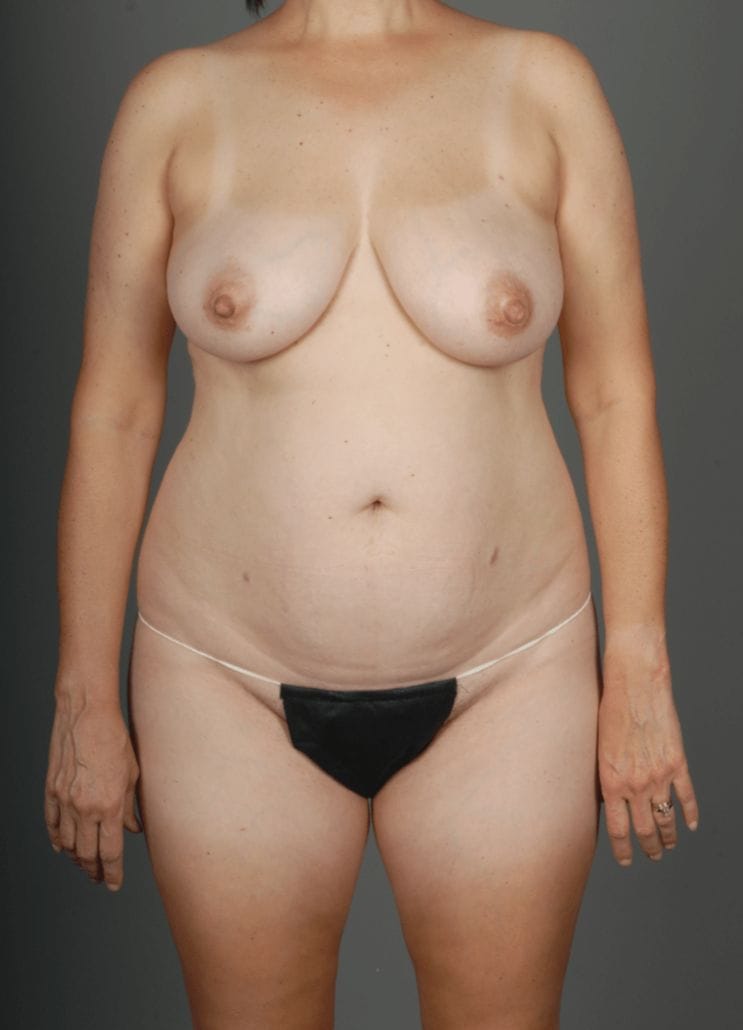 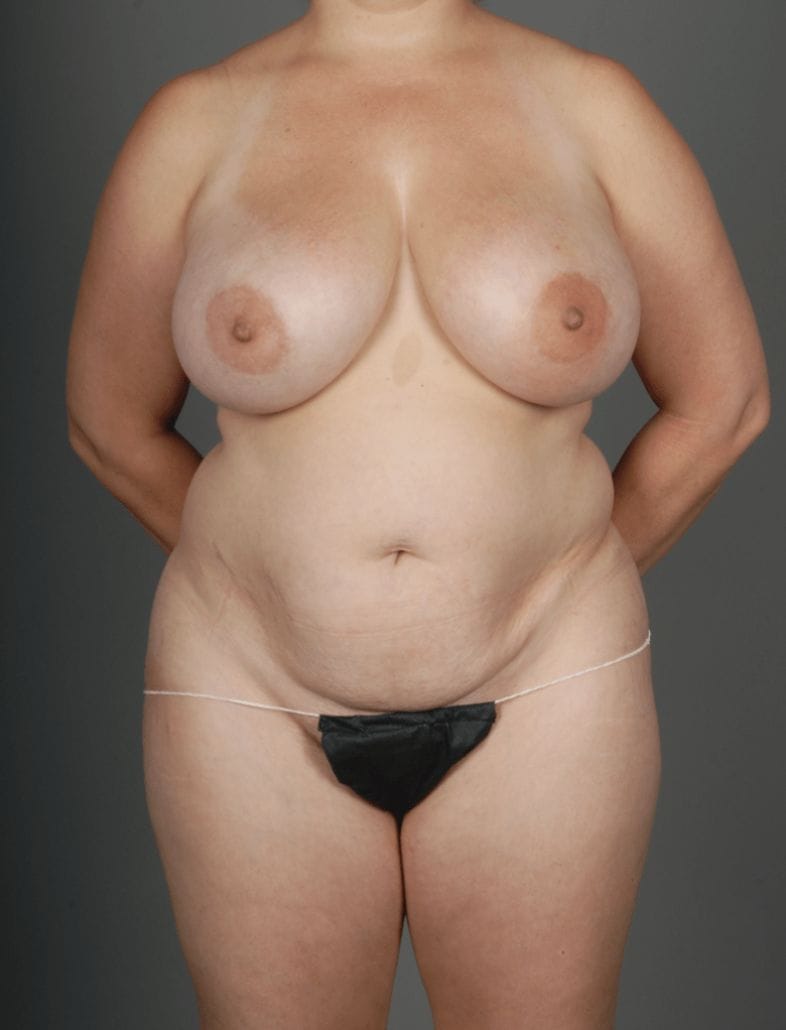 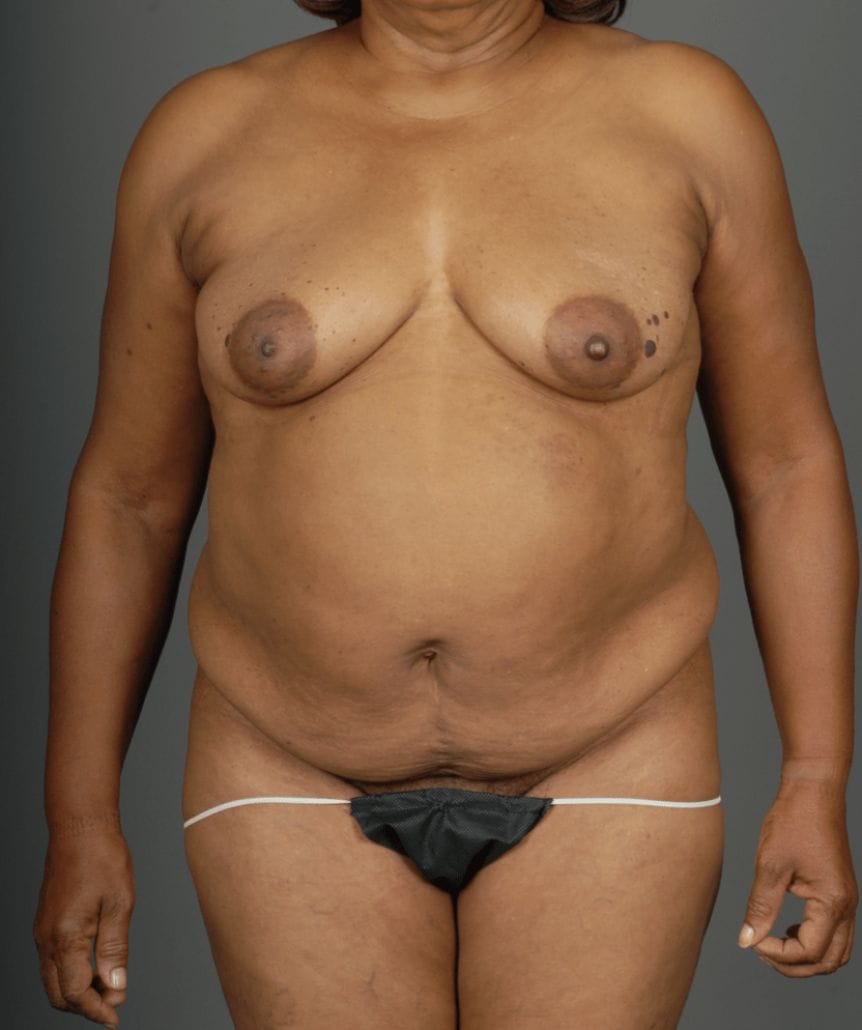 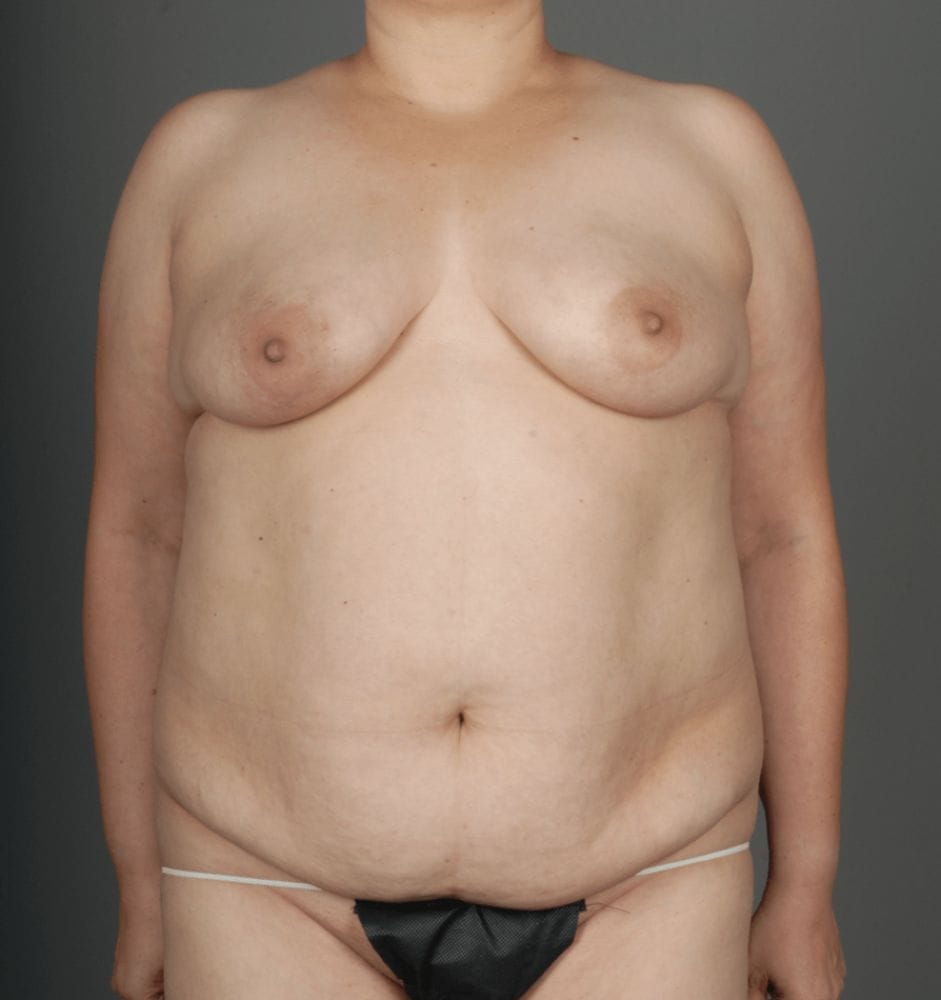 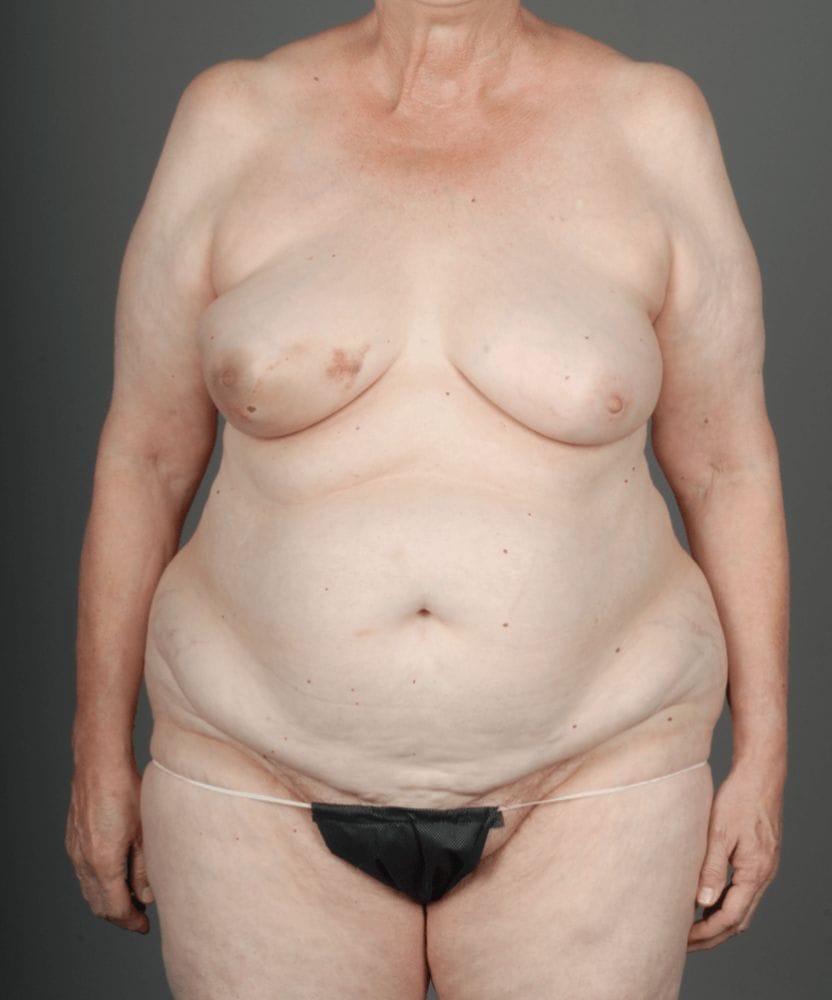 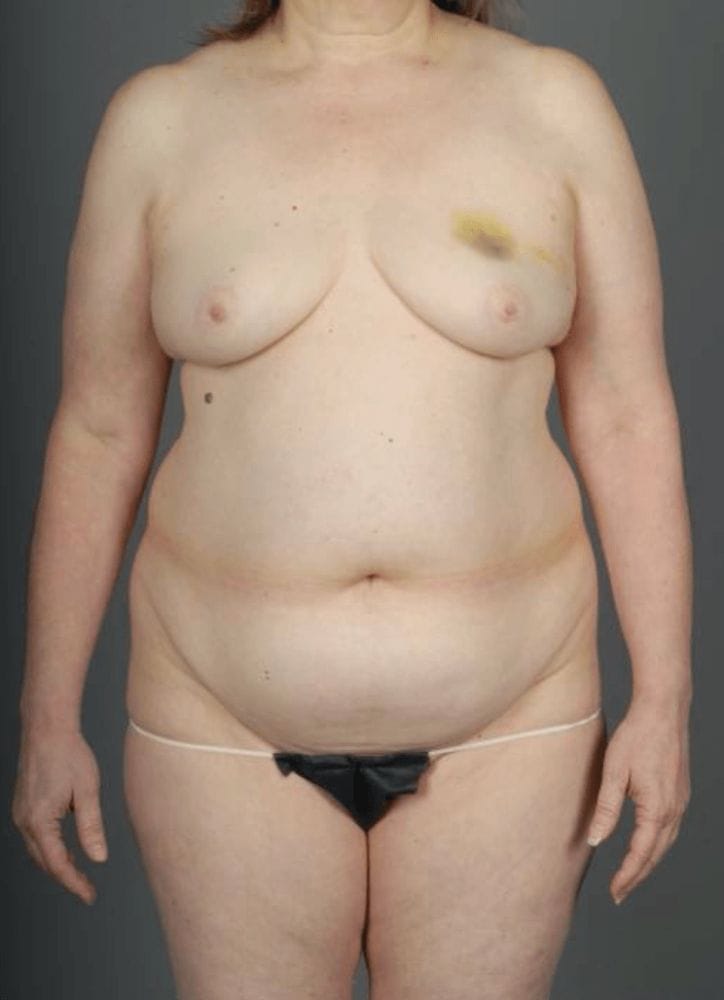 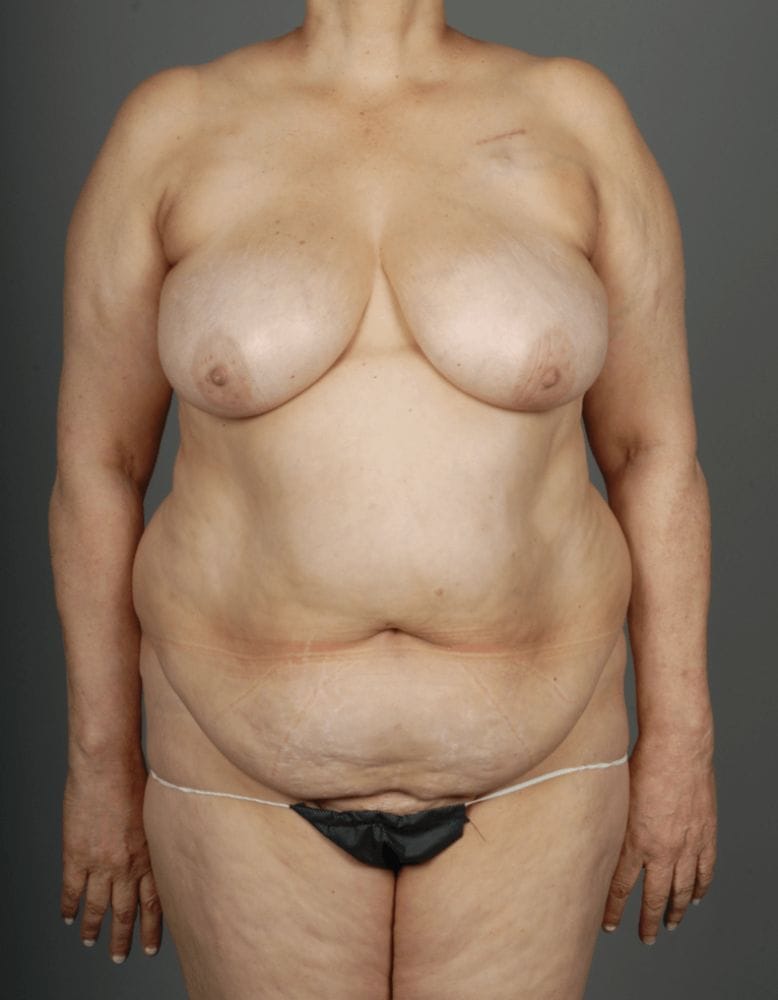 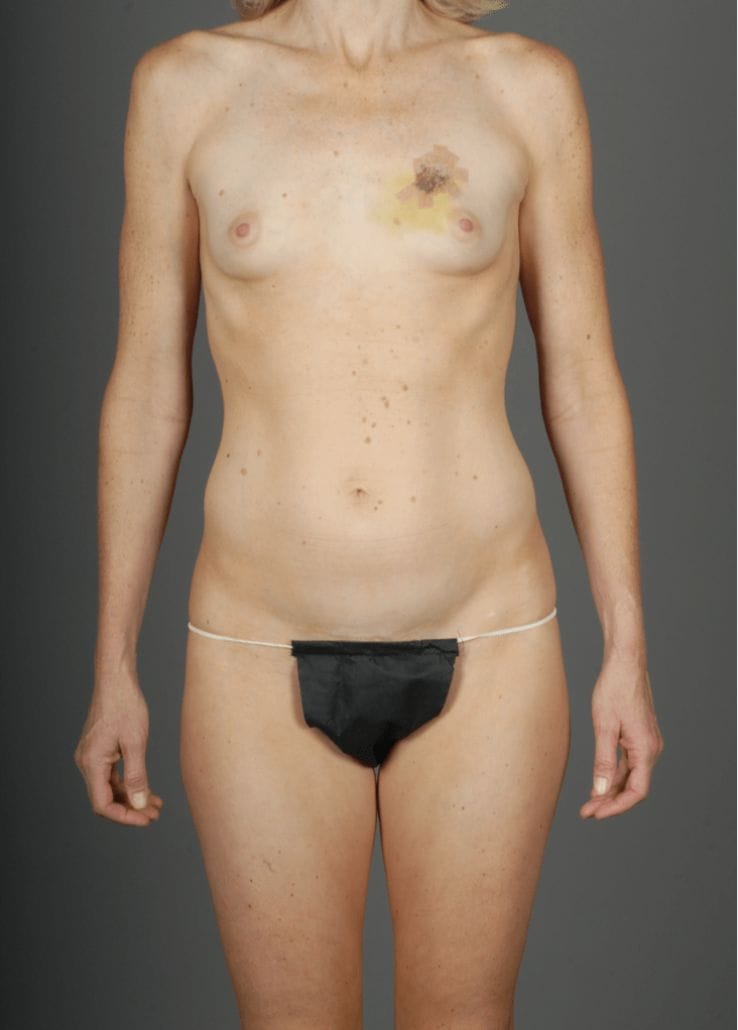 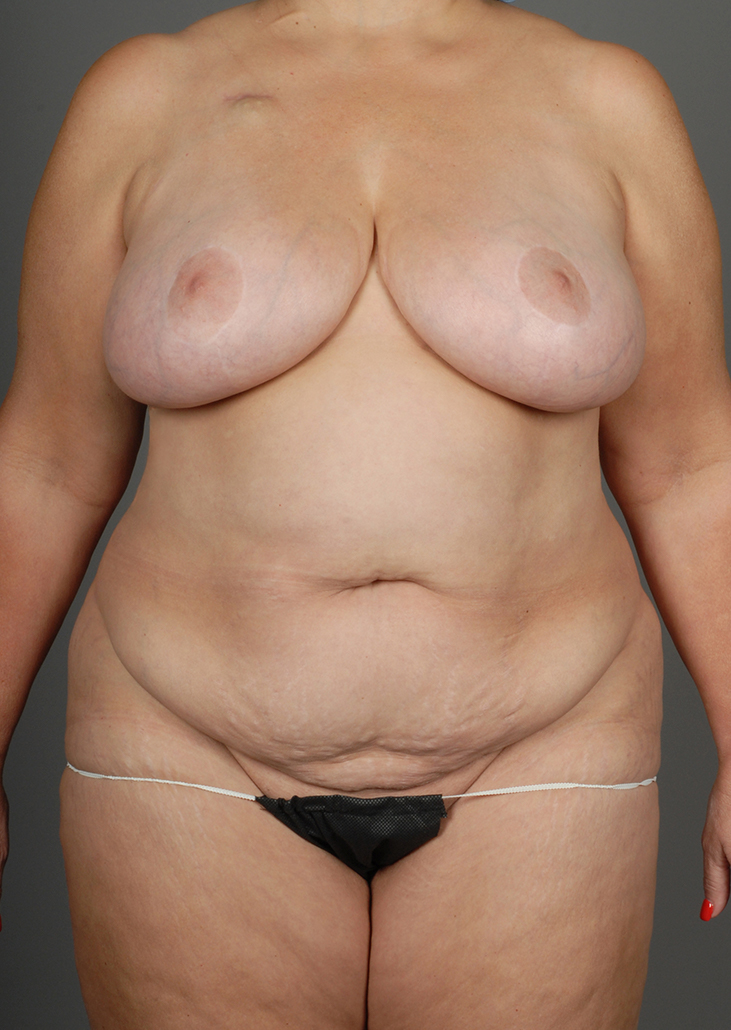 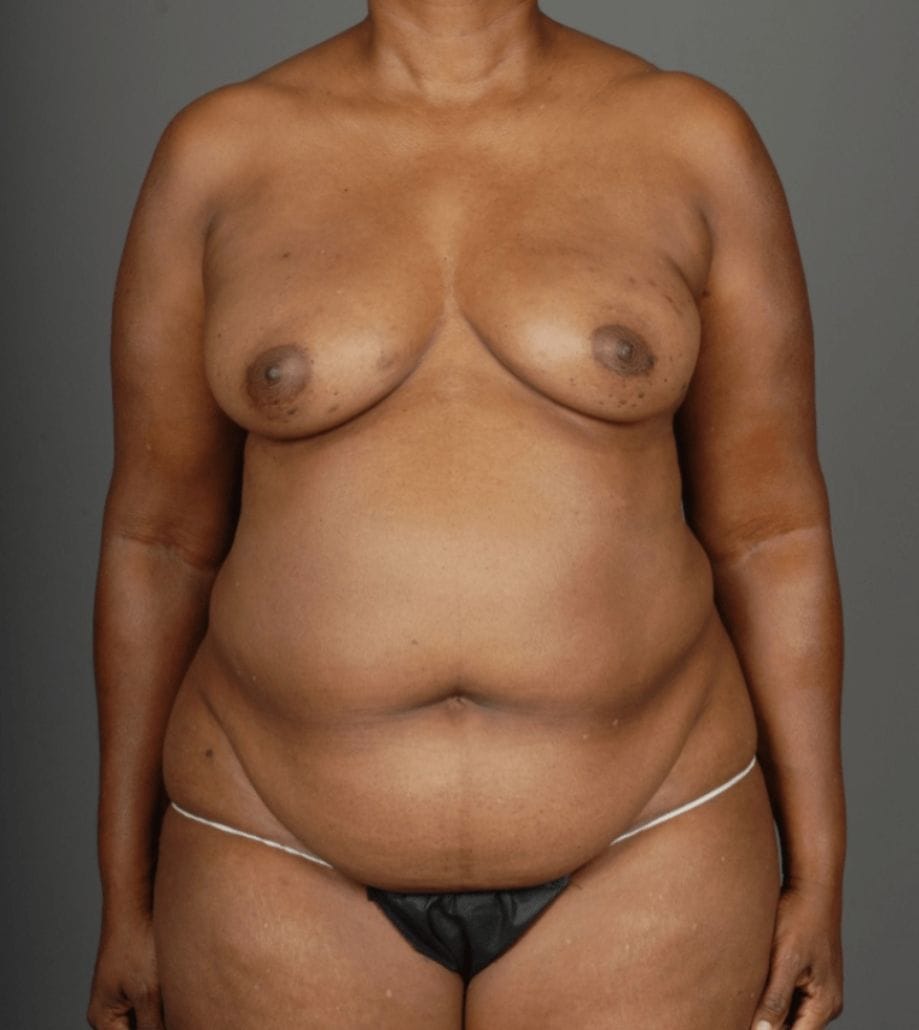 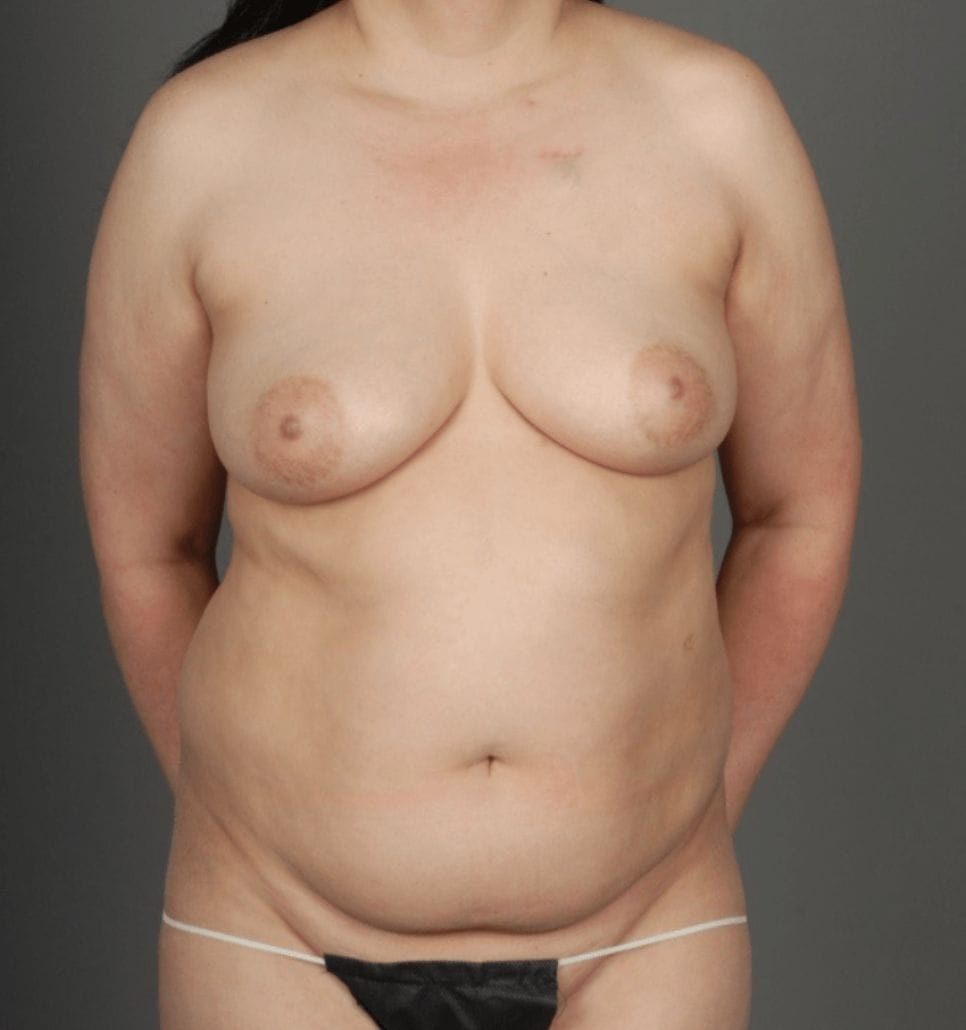 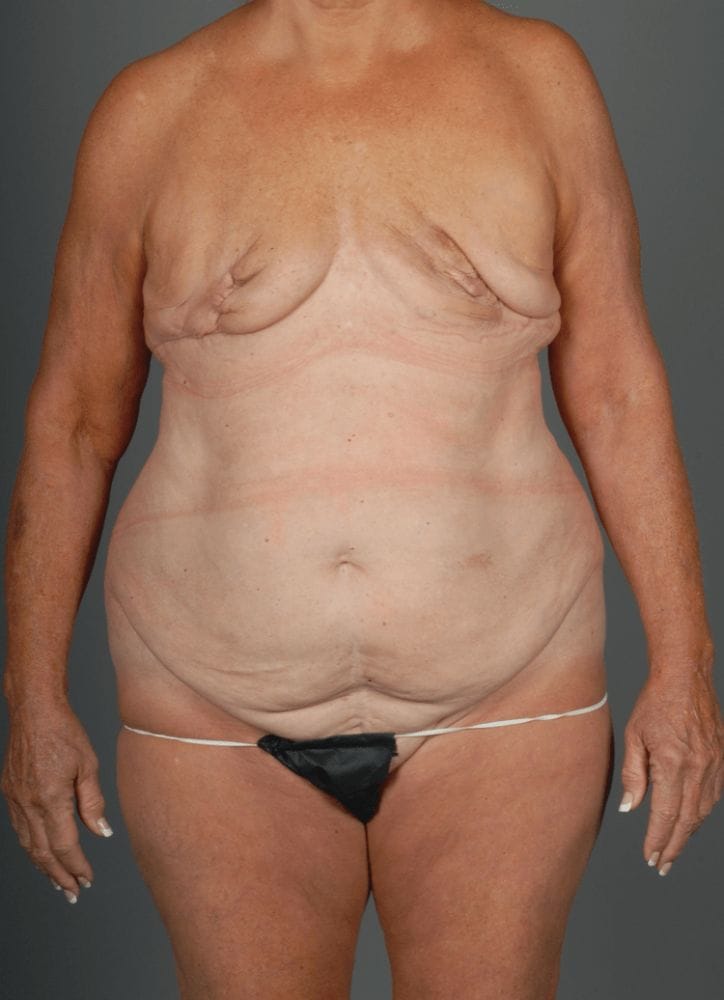 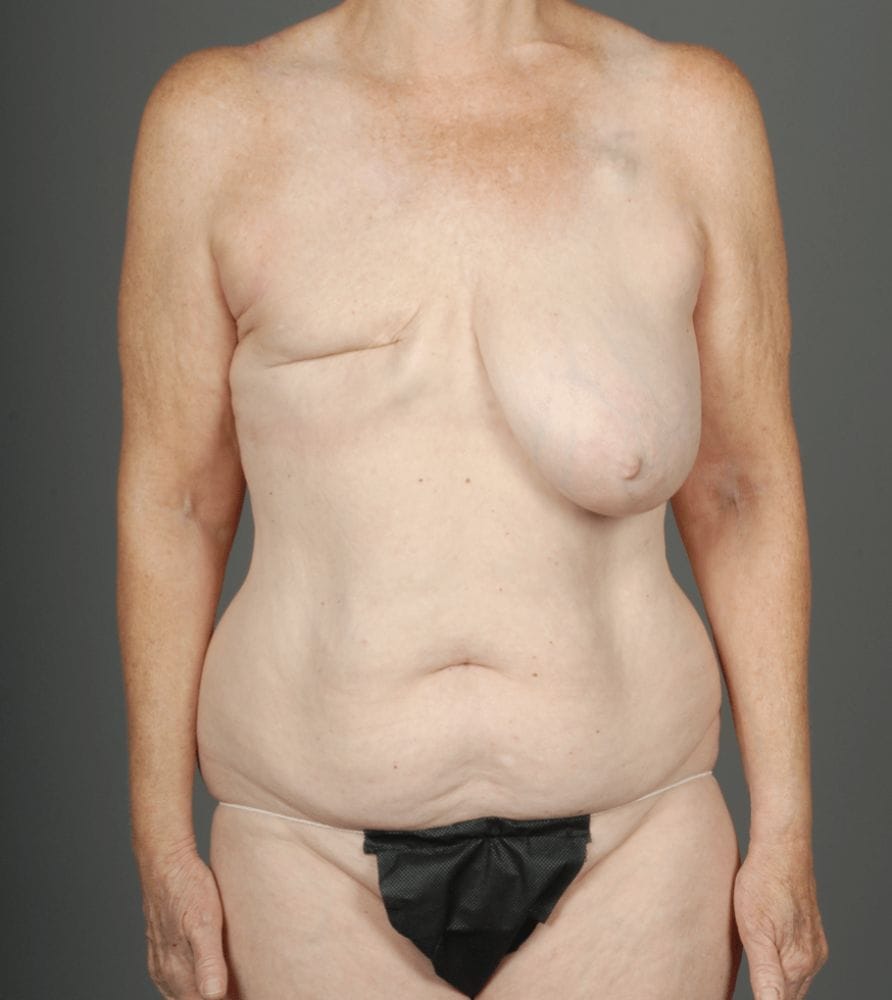